DevOps cannot be described as a one-time heroic push for digital transformation. Instead, it is a long-term commitment to analyzing the software delivery and infrastructure bottlenecks in order to replace the constant firefighting with timely removing the problem root causes. Machine data like logs and metrics from multiple IT infrastructure monitoring tools allow keeping the hand on the pulse of the status quo of the IT systems and respond to the issues rapidly.

However, an ounce of treatment is worth a gallon of cure, you know. Dealing with the issues before they even occur (like provisioning additional servers to meet the increased demand the app will experience within the next hour) is much better than clearing out the rumble in the storm’s wake, don’t you think?

This is where modern monitoring tools like Sumo Logic, as well as custom-built monitoring solutions, come to the DevOps team’s help. For example, Sumo Logic can both aggregate all the logs from a variety of your IT systems and use the LogReduce feature to siphon through the lake of contingent data to find inconsistencies and anomalies, highlighting the possible issues. Combining this with the time graphs helps visualize the patterns and better define both the “normal” system behavior and the peak loads or other points of interest.

For example, should the daily code deployment (the app code itself, the data sets, the config files and the testing runs of all the above) take 4 seconds for the last 12 months, it is likely to remain the same in the future (if there are no major infrastructure updates, of course). However, if we note the process takes more and more time, we can look for the reason for the change. It can be either the growing data set volume or the no longer efficient testing or the no longer relevant config files, etc. Spotting (and resolving) such problem early on would definitely save huge resources in the long run. 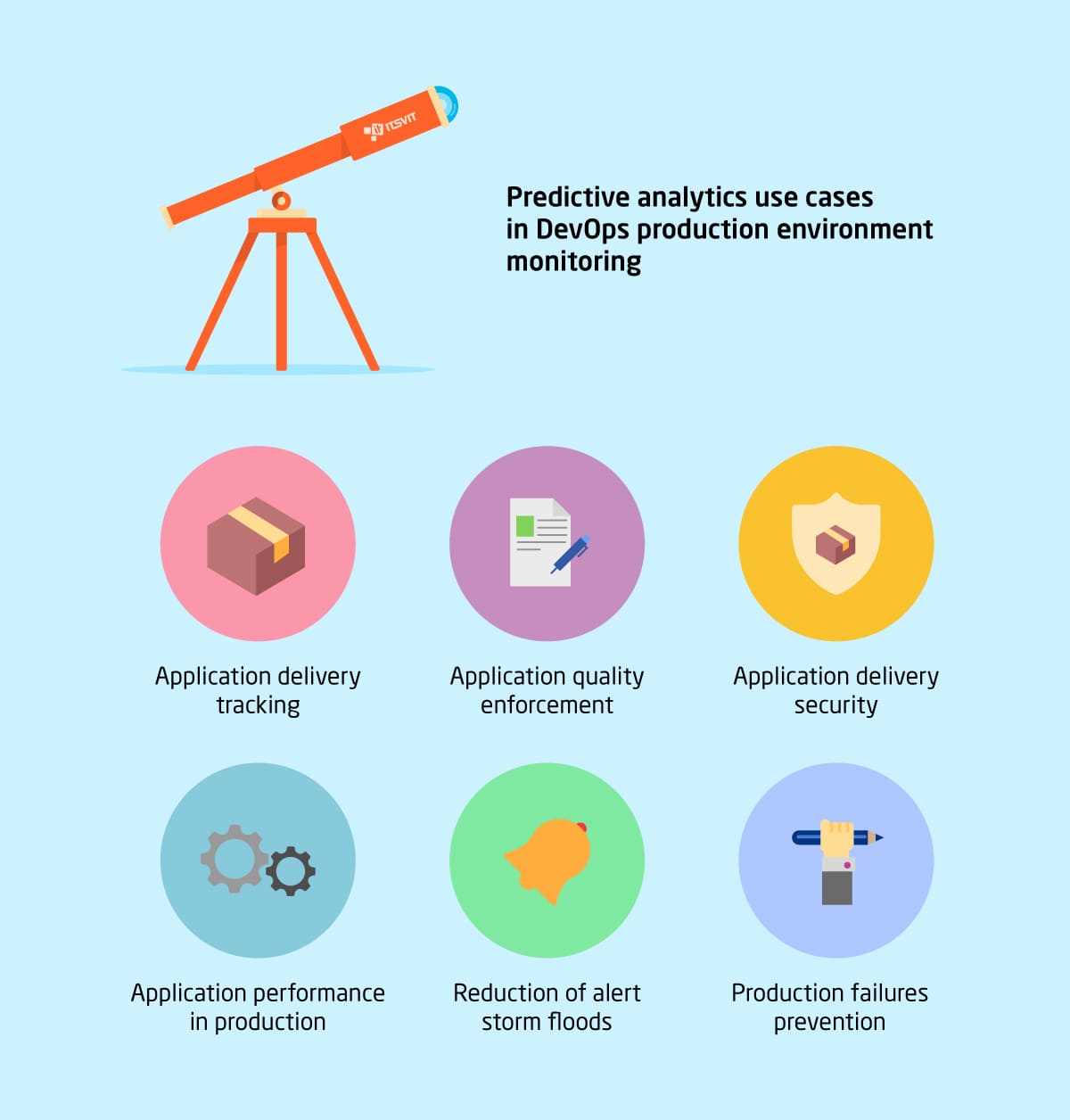 Aside from such mostly self-explanatory usage of the predictive analytics in DevOps production environment monitoring, there are quite a lot of other use cases:

Application delivery tracking, using the DevOps tools like Git, Jira, Ansible, Puppet, etc. to trail the flow of the delivery process and uncover the anomalies and patterns in it. DevOps engineers can detect unexpectedly huge volumes of code or prolonged build times, low release speed and any other bottlenecks or waste in the software delivery workflows.

Final thoughts on using the predictive analytics in DevOps workflows

As you can see, imbuing the DevOps workflows with predictive analytics provides immense benefits for many aspects of the software delivery lifecycle. From reducing the waste in the software development and all the way up to stopping the DDoS attacks and enforcing minimal TTR (time to recover) from major failures — implementing the predictive analytics is an important step for any company that aims to utilize the DevOps services efficiently.

Does your company have any firsthand experience and answers on how to use the predictive analytics in DevOps environments? Did we miss any interesting use case or would you like to implement such approach for your business? Tell us in the comments below!