Blockchain technology explained to your grandma

The blockchain will shape the future of multiple industries, yet many people still don’t know how it works. We tried to make the blockchain technology explained in a way even a grandma will get.Understanding the benefits of the blockchain technology can be essential both for the startups and established businesses nowadays, as blockchain has long ago surpassed the boundaries of cryptocurrency. Nowadays, multiple blockchain projects are live in banking, Big Data analytics, energy industry, real estate and a variety of other industries. Bitcoin, the oldest of cryptocurrencies, is nearly a decade old. Multiple startups raise funding through ICOs, selling blockchain-based tokens instead of traditional equity shares. 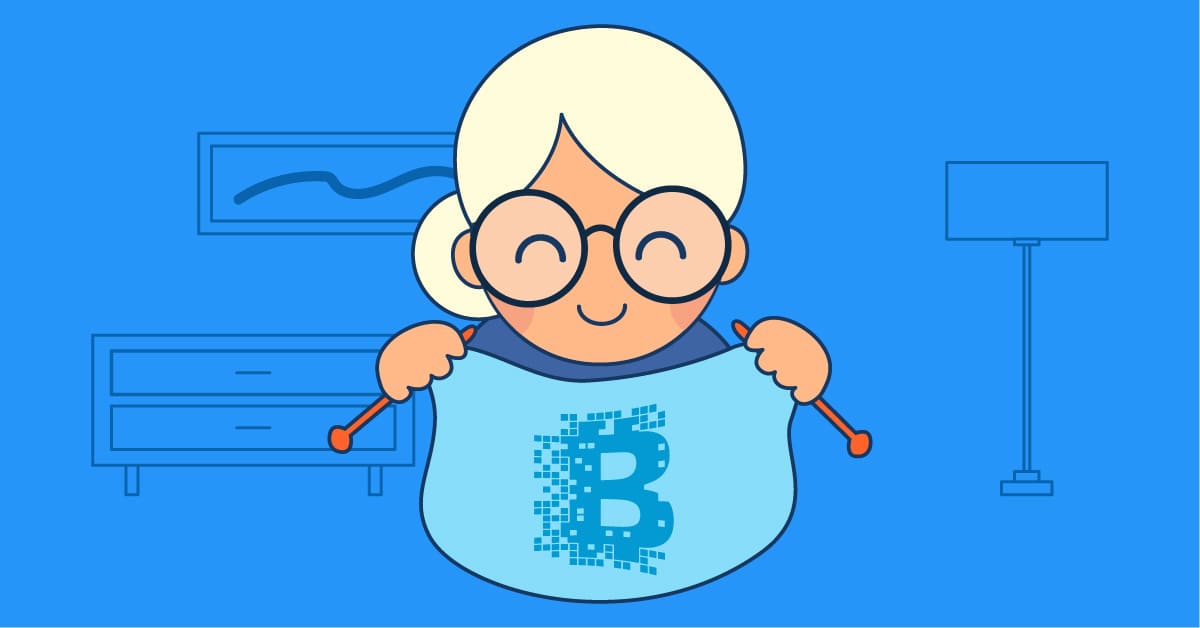 Nonetheless, the blockchain technology is still in the phase of early adoption by the innovators and enthusiasts, as the late majority is mostly perplexed by the system’s perceived complexity. Many of our customers are still somewhat confused by the terms like “peer-to-peer trading”, “trustless agreement”, “distributed ledger”, or “double spending”. We decided to describe the system in the terms an average consumer (like your grandma) would understand.

Blockchain technology explained in plain English: a way to pay without banks

Let’s assume you go to the supermarket and have $100 with you. You buy what you need and go to the cashier and say:
– I will pay this check through an email to my bank, where I urge them to withdraw $100 from my account and pay you. This email will serve as a digital I.O.U. that will be paid, 100% guaranteed.

The cashier (the shop owner, the merchant) gladly accepts your offer and goes to the bank. The bank agrees to the deal, withdraws $100 from your account and credits the shop owner’s account.

Sounds too good to be true, yeah? You still have the $100 banknote in your wallet, after all, so maybe you will be able to go and buy another pack of goods with it? Well, here is when the concept of “double spending” enters the game.

You are not alone in the market. You are surrounded by a crowd of people — other merchants, customers, guards, etc. All of them have heard your promise to pay the merchant by emailing this request to your bank. To say even more, ALL OF THEM want to receive the copy of this email, and some of them are ready to compete to be the first to receive and VALIDATE it.

Validation is the process of confirming the buyer’s and seller’s identity, the transaction time and sum, the buyer’s right of possession of the amount of money in question. Once the email is validated, it becomes the truth for all the people on the market. But who of the competitors will validate it? In other words, whose truth should we believe? 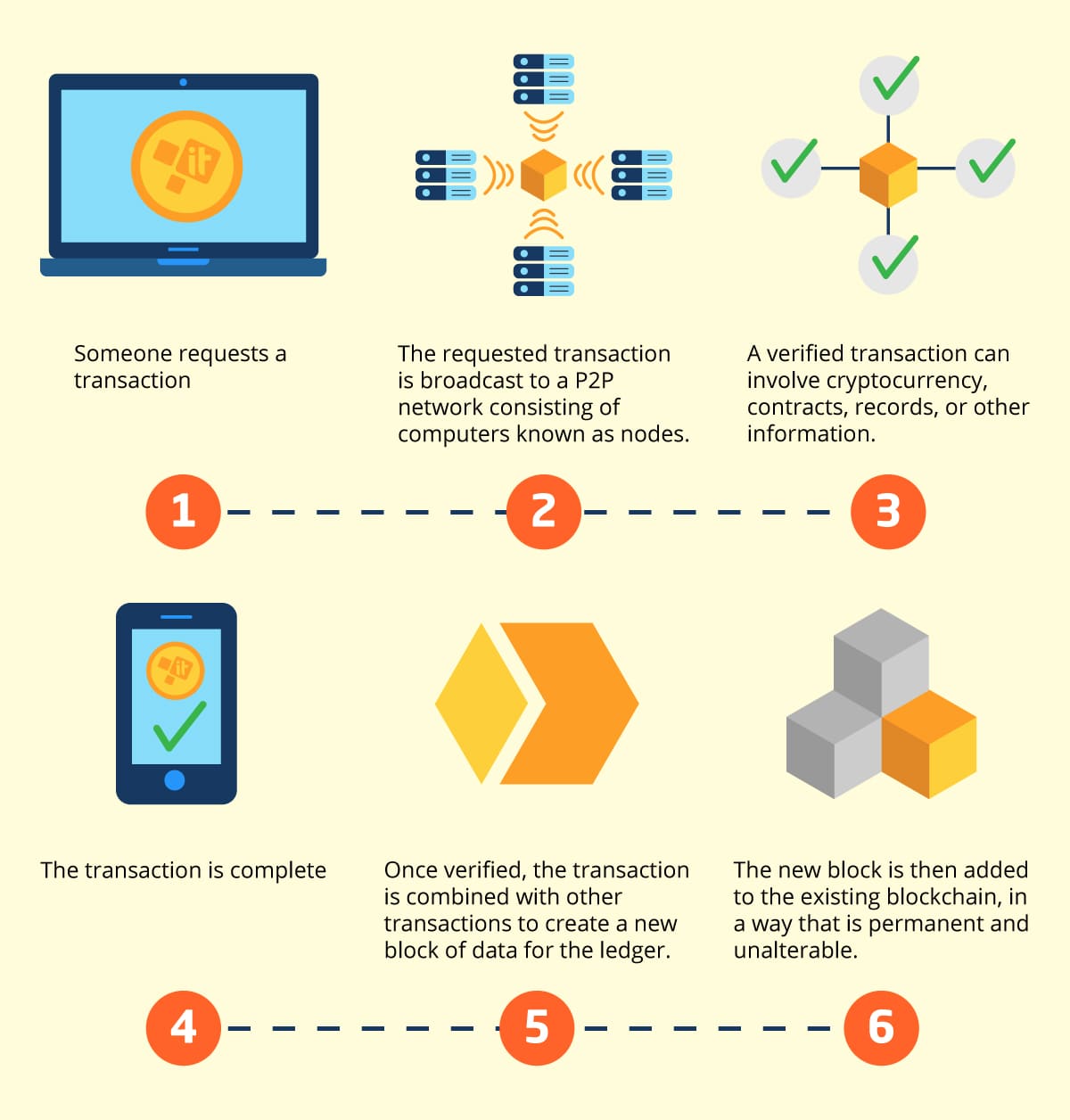 The people who want to compete to get the right to validate the email should follow the rule (or protocol). They should solve a task that is hard to crack, yet with a solution quite simple to check — like Sudoku. The first one to crack the nut gets a reward (Bitcoin or any other cryptocurrency), so there are always people eager to participate. This reward is actually the I.O.U. statement itself, so people earn tangible assets by solving the puzzles to validate other people’s transactions — this is called “mining”.

Once the Sudoku is correctly solved, ALL the participants erase their calculations and write down the winner’s variant. Thus said, everybody around will know you must pay this $100 banknote to the shop owner and cannot spend it anywhere else (here is when double spending becomes impossible). Now, if your bank is just another merchant on the market (or the cryptocurrency exchange), there is no need to have bank notes and go to the bank at all.

This practice continues on and on for all the new transactions, thus achieving the state of the distributed ledger, where all network participants have identical sets of records, valid and unchangeable (immutable) over time. Why so? Because these records are composed into blocks and the blocks are linked into a chain (thus the name of the technology), with each next block storing hashes or short addresses of the previous blocks, so any transaction can be traced back in time.

Forging one set of records will give nothing, as at the next validation (in 10 minutes with Bitcoin) it will accept the truth from all the other network participants. You actually need to convince 51% of the network to accept your version of the truth, which is nearly impossible in 10 minutes (well, not feasible anyway).

Therefore, even though the network participants do not know the identities of people behind the wallets, they can testify to anyone asking that “this customer bought goods from this merchant and promised to pay for them with an email I.O.U.”. This is exactly what a “trustless agreement” is. 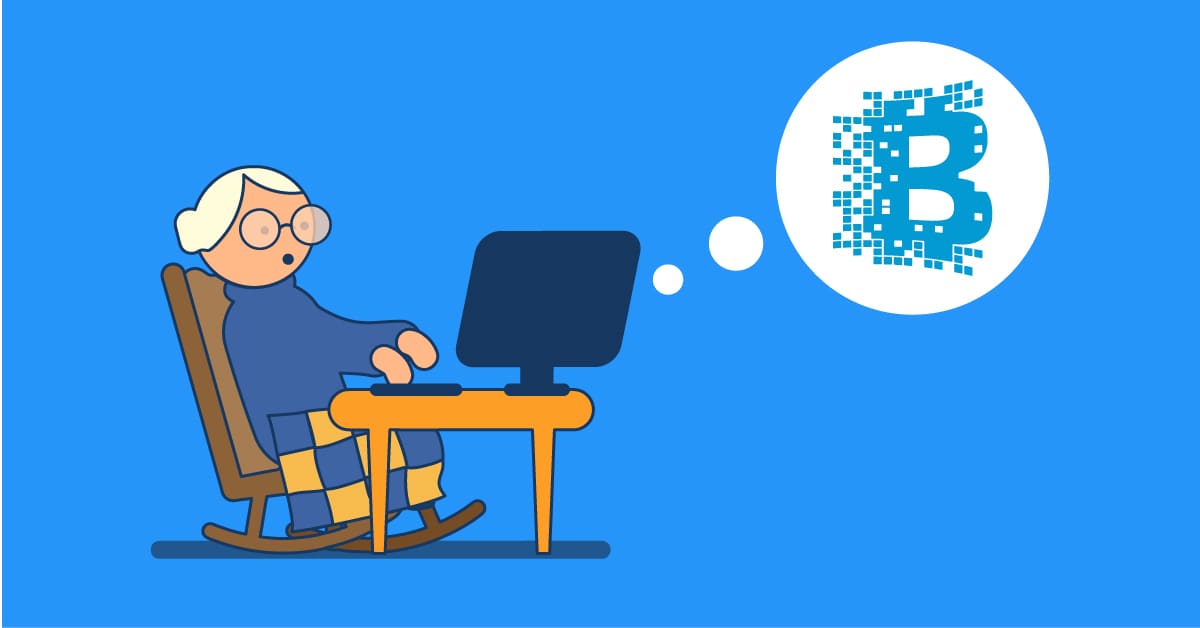 This forms a self-controlled, secure and resilient system where the rules are set by the architecture and there is no need for any intermediary like a Central Bank to grant the genuity of the means of payment, tell the parties if the transaction is possible, and take the fees for that.

Any of the people in the crowd can be in your place and trade with each other, passing money without the need for a centralized authority to set the rules (“peer-to-peer banking“). If someone goes back home from the market and misses some number of transactions, their sets of records will be updated once they re-enter the market.

Therefore, in a nutshell, blockchain is an immutable distributed set (or ledger) of records, stored in blocks that contain validated I.O.U.s. These blocks are chained to each other, so — with proper authorization — anyone can trace any transaction to the very beginning, removing the chance of foul play and fraud. Various blockchain projects like Ethereum or Ripple have varying protocols, yet in general, the architecture remains the same.

There are innumerable possibilities stemming from this technology. We have listed them before and have even developed some of our own (like this blockchain solution for document workflow optimization or this blockchain-based eCommerce coupon management platform).

We hope this article did provide a simple enough description of the blockchain, so you can now have the blockchain technology explained even to your grandma. Well, in some cases you might still need to explain what an email is, but this is outside the scope of this article. Should you have any more questions on blockchain or have any ideas how to apply it and want to launch a startup — contact us right away, we would be glad to help!